In the article Residential Property Fears I discussed the fundamentals for assessing residential properties both as a home and an investment, and concluded with CBA’s observations on the over-heated unit market - "It’s likely to be a number of years after the 2017 peak of completions before population growth can absorb these new apartments, so vacancies can return to acceptable levels and allow positive growth in prices and value."

Earlier this month property valuation firm Herron Todd White issued its latest property clock for the residential apartment market with the following observation of the broader residential market - “One worrying fact is that rental growth has not increased at a level even close to the growth of Sydney prices. This suggests that the involvement of investors appear to be speculative with many banking on capital gains rather than attractive rental yields. It appears that this increased investor activity (speculative or otherwise) is driving housing prices to rise faster than fundamental factors suggest they should in the Sydney market.”

In Residential Property Fears I also noted that McGrath Estate Agents (MEA) shares had fallen 30% from its IPO in December 2015. MEA is now down 40%+ from its listing after profit downgrades last week. According to analysts, and my own opinion, this is due to declining listings and declining buyers including Chinese. This is apparently particularly evident in Melbourne and Sydney where I am told the major banks are tightening lending criteria to Chinese buyers even further. Additionally the Victorian government announced that the current surcharge applied to overseas residential property investors will increase from 3 per cent to 7 per cent in the upcoming Victorian budget.

The RBA Financial Stability Review in April 2016 noted the following.

"An ongoing risk comes from the significant and geographically concentrated growth in supply of new apartments in Sydney, Melbourne and Brisbane due for completion over the next few years. This new supply may weigh on prices and rents in these areas. If that occurs, investors will need to service their mortgages while earning lower rental income and any households facing difficulties making repayments may not be able to resolve their situation easily by selling the property.

For the developers of these apartments, risks appear to have increased since the previous Review. With demand for apartments softening in some areas, particularly in Brisbane and Perth, and households facing tighter access to credit, settlement failures might increase. A downturn in apartment markets could weaken the financial health of these developers."

The number of properties on the market with “residential development upside” increases every week. Nearly all have approved DAs. Essentially they are developers trying to exit positions. My criteria in assessing these properties is they have to be income producing for a period that will get through to the next recovery in the residential market. Then the underlying developed land value must exceed the intrinsic worth of the commercial investment otherwise when you develop the site you are destroying investor equity. 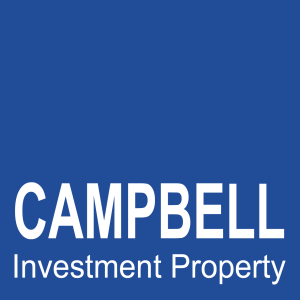